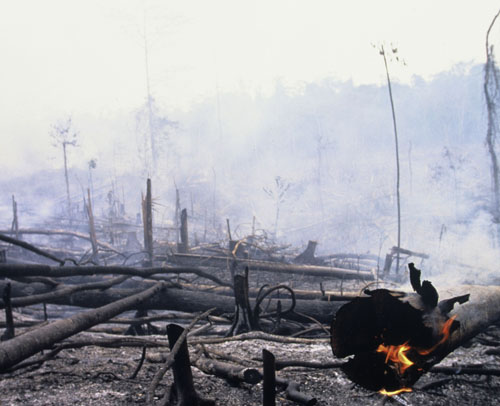 Banda Aceh – WWF is calling on Indonesia’s Ministry of Environment and police to investigate and take strict legal action against the perpetrator of the recent clearing of land known to house around 200 critically endangered orangutan in Aceh’s Tripa peat swamp.

Initial findings from the task force investigting the violations indicate several laws have been broken by the land owner, including the use of fires to clear land, clearing peat land deeper than 3 meters, and conducting land-clearing activities prior to the issuance of a permit.1

“The area is home to about 200 critically endangered Sumatran orangutan. WWF is calling for a follow-up investigation and legal action to prevent further clearing and stop incidents like this from reoccurring in the future,” said Dede Suhendra, WWF-Indonesia’s Program Leader in Aceh. “WWF-Indonesia is prepared to help the Government further investigate the case,” Dede added.

The Tripa peat swamp forest area is located in southwest Aceh Province. It is a primary habitat for Sumatran orangutan (Pongo abelii) and Sumatran tigers (Panthera tigris sumatrae). Massive land clearing for oil palm plantations since the 1990s has significantly decreased the orangutan population in the area.

Data on the Leuser Ecosystem collected by the Save Tripa Swamp Coallition, shows that the area consists of close to 62,000 hectares of peat swamp forest owned by five palm oil companies. Around 35,000 hectares of this have been cleared following the rapid expansion of palm plantations since the signing of Aceh’s peace aggreement in 2005.

A recent investigation by the International non-profit organization PanEco, which  specializes in nature conservation in Indonesia and Switzerland, reveals that over 1,000 hectares of land – the rough equivalent of 2000 soccer fields – was cleared for palm oil plantations between March 21 – 25th 2012, with a disastrous impact on the estimated 200 Sumatran orangutan living in the area.
_______

Find out more about WWF’s work on palm oil