WWF Celebrates the Year of the Polar Bear 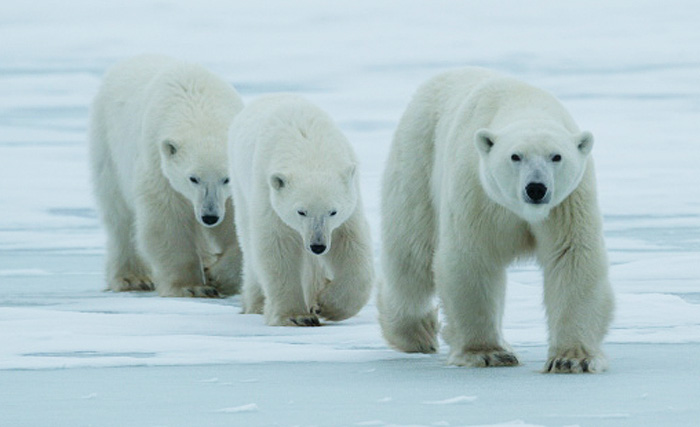 WWF Celebrates the Year of the Polar Bear

WWF, the world’s leading conservation organization, is proclaiming 2013 The Year of the Polar Bear.

“This is a key year for polar bears,” says Geoff York, WWF’s international lead on polar bears. “While polar bears and their Arctic home face a challenging future, we need to recognize, and celebrate, the conservation achievements to date.”

2013 marks the 40th anniversary of the 1973 Agreement on the Conservation of Polar Bears – a concerted international action to protect this magnificent species and its habitat. Due in large part to the Agreement and efforts by the five polar bear range states – Canada, Denmark, Norway, Russia and the United States – polar bears still roam much of their historic range and occur in relatively large numbers today.
At the same time, the bears stand on the brink of an uncertain future. A rapidly warming Arctic means the sea ice upon which the bears depend is projected to dramatically shrink over the next several decades due to climate change.

It’s time for the range states to prepare for the new challenges ahead, says York. “The range states have an opportunity in 2013 to repeat the successes of the past 40 years. By committing to habitat protection, addressing climate change, managing harvest, mitigating Arctic industrial development and funding polar bear research, these countries can ensure polar bear populations remain healthy for the next 40 years and beyond.”

Over the course of the year, WWF will support polar bear research projects around the Arctic and encourage firm conservation commitments at this autumn’s pivotal meeting of the range states.

WWF works to protect critical habitat for polar bears, including important movement corridors and denning habitats, and to prevent or remove additional stressors from industrial activity such as oil and gas development and arctic shipping. WWF also supports community involvement in conservation and management and monitors the setting of harvest levels by the responsible authorities.

About WWF’s Global Arctic Programme
WWF is working with its many partners – governments, business and communities – across the Arctic to combat these threats and preserve the region’s rich biodiversity. The WWF Global Arctic Programme has coordinated WWF’s work in the Arctic since 1992. We work through offices in six Arctic countries, with experts in circumpolar issues like governance, climate change, fisheries, oil and gas and polar bears.
http://panda.org/arctic

About WWF
WWF is one of the world’s largest and most respected independent conservation organizations, with almost five million supporters and a global network active in more than 100 countries. WWF’s mission is to stop the degradation of the earth’s natural environment and to build a future in which humans live in harmony with nature, by conserving the world’s biological diversity, ensuring that the use of renewable natural resources is sustainable, and promoting the reduction of pollution and wasteful consumption.
www.panda.org