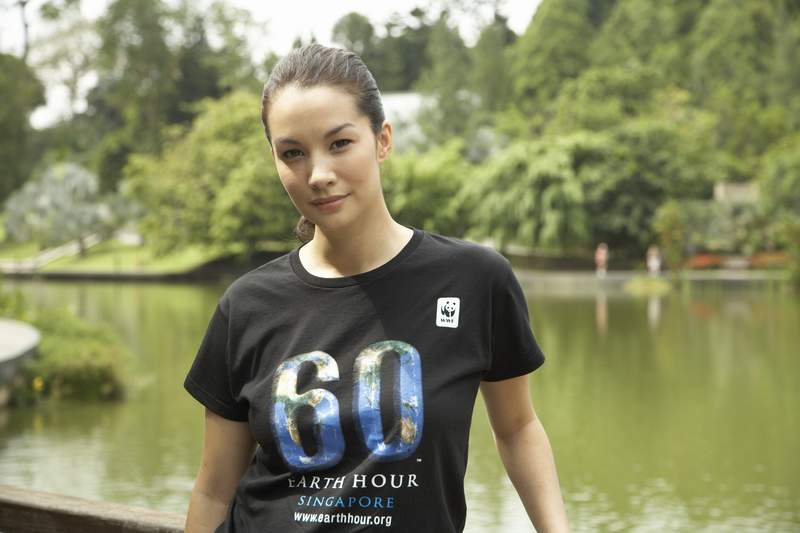 International TV presenter and model, Nadya Hutagalung, has this week joined the fight against climate change by signing up as an official ambassador for WWF’s Earth Hour in Singapore.

Nadya is somewhat of an eco warrior in her own life and so was very pleased to be able to lend her star power to Earth Hour to help raise the profile of the campaign.

Her ambassadorial responsibilities will include a range of activities but start this week with her recording a special video message for broadcast on MSN video and  Facebook.

As a celebrated former MTV VJ, this Indonesian-Australian is not afraid of the camera and will be using her on-screen presence to communicate a message designed to help individual Singaporeans understand how they can make small changes to affect a big difference on climate.

Speaking about why Earth Hour was of importance to her Nadya said “What is amazing about this campaign is the way it recognizes that although we are each just one person, together we can make a big difference. That’s why as only ‘one person’ myself,  I’m joining the campaign to try and encourage as many other people to switch off their lights for one hour this March 28th from 8.30pm to 9.30pm.”

Support provided by celebrity ambassador Nadya joins that of Government, business and community groups, all of whom are committed to the big switch off due to take place on 28th March 2009 from 8.30pm to 9.30pm.

The action of switching off lights represents one of the simple steps we can all take to cut our emissions on an ongoing basis, the ultimate goal of WWF’s awareness raising campaign. Other suggestions to cut emissions include switching off electrical devices at the plug instead of leaving them on standby, using energy-efficient appliances, recycling, travelling by public transport instead of by car.

Since its conception by WWF in 2007, Earth Hour has become a worldwide movement and by 2008 had spread to more than three hundred cities and registered millions participants.  Ultimately in 2009, Earth Hour aims globally to reach one billion people in one thousand cities to illustrate the world communities’ support for action on climate change and support in Singapore is growing by the day, helping to contribute towards this target.