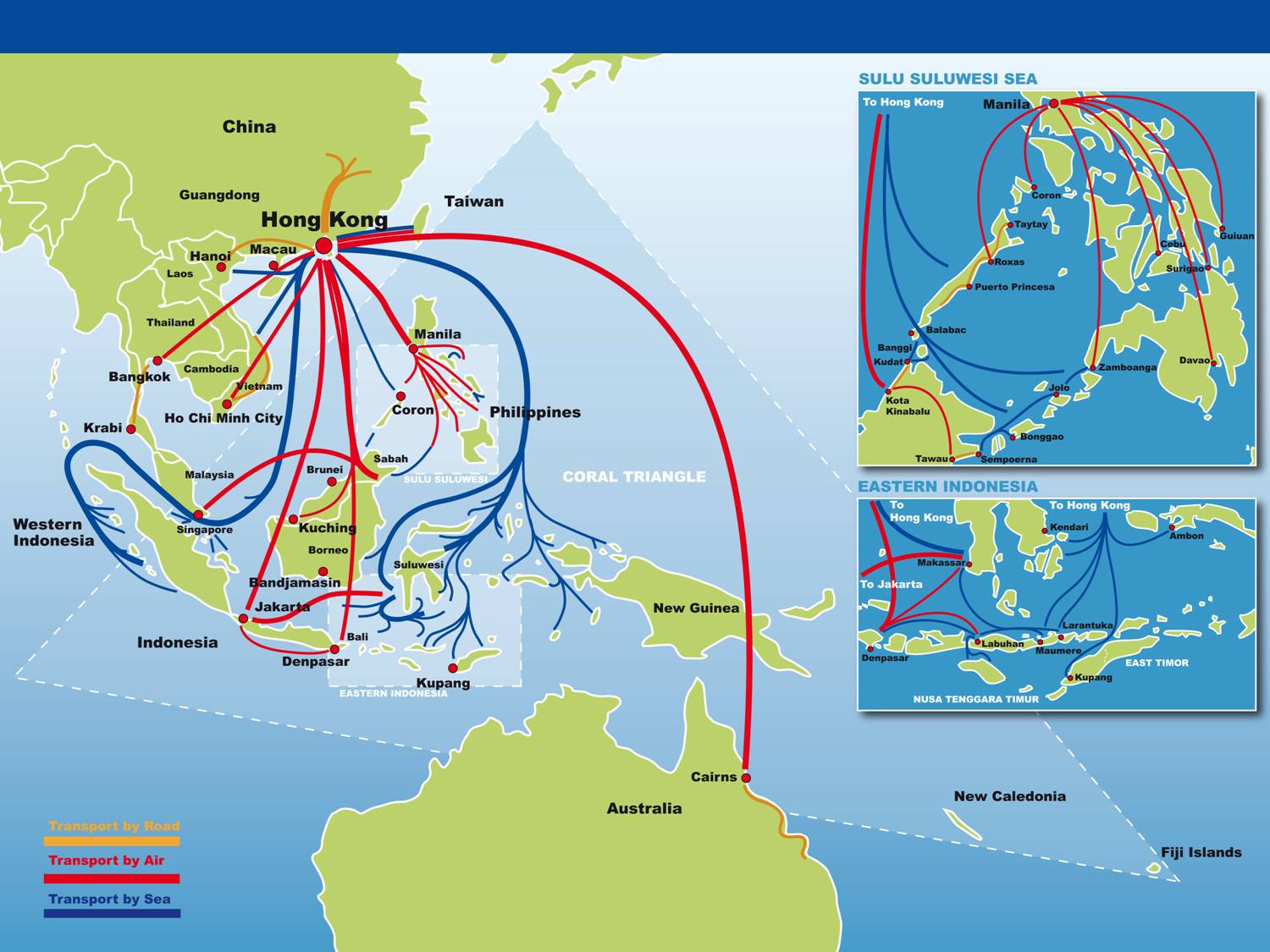 The livelihoods of more than a hundred thousand people in the Philippines are under threat with the trade in live reef fish destined for the seafood restaurants of Hong Kong and mainland China facing imminent collapse.

A summit on sustainable live reef fish trade starting today on the Philippines island of Palawan will examine ways to avoid a collapse of this highly unregulated trade due to overfishing, such as through the introduction of accreditation processes, quotas, levies and surveillance and monitoring systems.

The live reef fish trade from Palawan has serviced the appetite for fresh tropical fish at business lunches and expensive banquets in Asia since the 1980s, bringing more than $US100 million dollars annually to fishing communities on the island, where popular coral trout is caught often with the use of cyanide or explosives.

The Philippines is the biggest supplier of the most high value live reef fish, coral trout, to seafood hubs such as Hong Kong and mainland China, and the province of Palawan supplies around 60 per cent of all Philippines fish.

“The trade in live reef fish in Palawan supports more than a hundred thousand people many of whom have few alternatives for livelihoods, yet the fishery is highly unregulated and is in a serious state of decline,” said Dr Geoffrey Muldoon, Live Reef Fish Strategy Leader for WWF’s Coral Triangle Program.

“Surveys undertaken show that 60 per cent of all fish taken from the reefs around Palawan are now juveniles, which is a good indication that the adults have been removed from the ecosystem and that it has been highly overfished,” Dr Muldoon said.

“Under a business as usual scenario, Palawan’s live reef fish trade will become economically unviable within the next decade and without a comprehensive management plan and the introduction of an appropriate quota system, communities that depend on the fishery for their livelihoods face a significant food security threat.”

“This alliance will provide a unified voice for fishers and traders to express their social and economic concerns, as well as provide the regional network needed to pursue a more sustainable trade,” Dr Muldoon said.

“This comes at a time when climate change threatens to place further pressures on ecosystems and on fish populations dependent on coral reefs for survival. Building resilience into ecosystems is critical for the ongoing food security of millions of people in the region, such as those in Palawan.”

Leaders of the six nations that make up the Coral Triangle – Philippines, Indonesia, Malaysia, Papua New Guinea, Solomon Islands and Timor Leste – will gather in Manado, Indonesia, in May for the World Oceans Conference where they will announce a comprehensive set of actions to protect ecosystems and food security in the region.

The IUCN for the first time last year assessed all 161 species of grouper, a reef fish which makes up a large part of the Coral Triangle’s live fish trade. Twenty grouper species were assessed as threatened with extinction, including the squaretail coral grouper and humpback grouper, which are found throughout the Coral Triangle and are a popular luxury live food in Asian seafood restaurants.