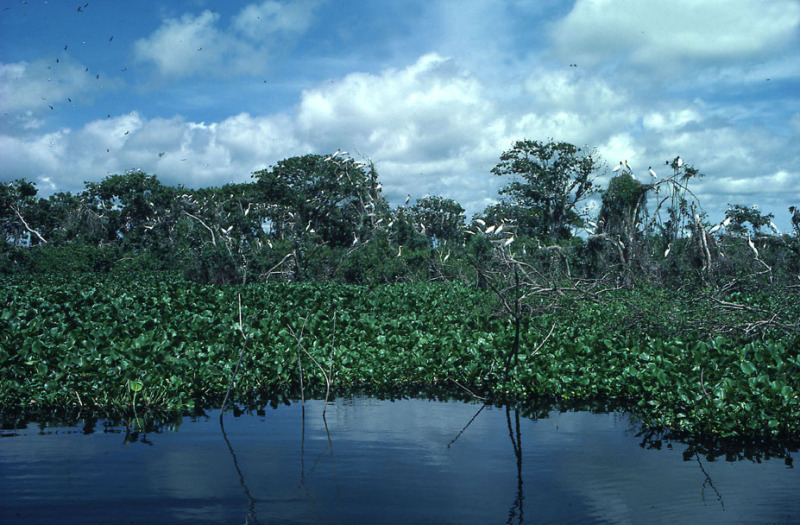 Our global network is working to protect the forests, grasslands and wetlands of the world’s fifth largest country

Even if you’ve never set foot on South American soil, you’ll know that Brazil is a wonderfully vibrant country.
Its diverse natural habitats are every bit as vibrant as its pulsing cities.

From the amazing Amazon to sublime savannas, we help protect Brazil’s awe-inspiring variety of life.

Brazil is a megadiverse country that’s developing fast, facing huge pressures for economic development. The needs of wildlife and ecosystems are often at odds with these demands.

The forests, grasslands and wetlands of the world’s fifth largest country have come under huge strain over the last few decades.

We’re working at every level to make sure Brazil’s economic development doesn’t happen at the expense of its priceless natural resources.

A symbol of our success to date is the golden lion tamarin. Our campaign in the 1980s helped bring this popular monkey back from near extinction by drawing attention to the loss of its home, the Atlantic Forest. Only 7% of the original forest still stands, but we’re working hard to protect what remains, and restore more of it.

In the Brazilian Amazon, we’ve helped to more than double the area of rainforest under protection over the last decade, creating more than 250,000 sq km of national parks and nature reserves – an area the size of the UK.

And, since 2003, we’ve worked with organic cattle ranchers in the Pantanal, the world’s largest wetland, home to a staggering variety of plants and other wildlife. Cattle ranching is one of the biggest causes of deforestation in the Amazon and other parts of Brazil. Around 100,000 cattle are now raised on land that’s managed organically.

Brazil is the second largest soy producer in the world (after the United States). WWF supports the Round Table on Responsible Soy to help reduce the environmental impact of this massive industry.

In the state of Acre, our Sky Rainforest Rescue partnership  is supporting local efforts to preserve forests and promote sustainable development. It’s helping communities make a living from forest resources like rubber and Brazil nuts. People who agree to conserve the forest on their land will also receive payments for the ecological services it provides, including storing carbon.

Our aim is to save 1 billion trees and protect around 3 million hectares from deforestation. But even more importantly, we’re creating a model that we hope will be followed in other forests around the world.

We’re helping local people in the state of Acre to make a better living by protecting the Amazon rainforest rather than clearing it for logging or farming. We worked with the state government to introduce a new law that recognizes the huge value of the environmental services – such as storing carbon – that the rainforest provides, and offers people incentives to conserve it. These include payments to local people who look after their land, money for community projects, and technical help with sustainable agriculture and forestry. We’re helping people develop sustainable livelihoods, such as rubber tapping and selling forest products like brazil nuts.

Imagine a huge sponge that slowly fills to saturation in the rainy season, gradually empties during the dry season and then starts to fill up all over again.

That’s what life in the Pantanal is like. Watch this video to find out more about the wetland’s extraordinary environment.