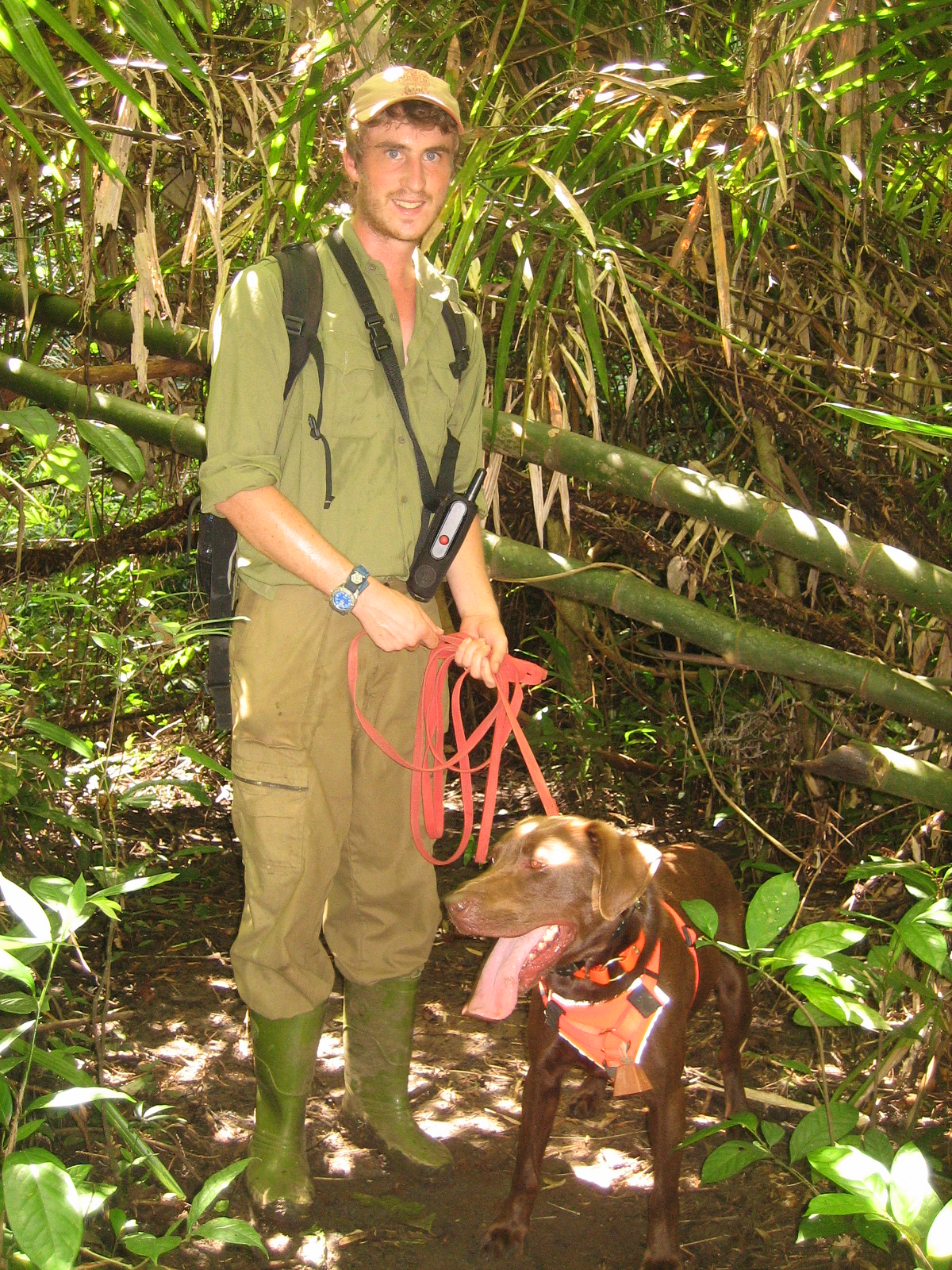 Vietnam – Highly trained detection dogs are being used help to determine the population status of the Javan rhino in Vietnam, in an attempt to save one of the world’s rarest mammals from extinction.

WWF researchers have teamed up with national park rangers using two detection dogs from the United States to determine the population status of the Javan rhinos in the forests of southern Vietnam, home to one of the world’s last two remaining populations of the species.

Javan rhino (Rhinoceros sondaicus annamiticus) were thought to be extinct on mainland Southeast Asia until hunters in Vietnam killed an individual rhino in 1988. It is believed less than ten remain, but no conclusive survey has ever been conducted to verify this.

“The Javan rhino is possibly the rarest large mammal on Earth,” said Sarah Brook, leader of the WWF rhino project in Vietnam. “This field survey aims to reveal the secrets of Vietnam’s little known Javan rhino population in an effort to save it from extinction.”

Samples of the dung will be sent to Queen’s University in Canada where DNA analysis will detect the sex and number of animals. The Zoological Society of London will carry out a hormone analysis to show the animal’s breeding capability.

After just five days of surveying the area, seven rhino dung samples have been found. These specimens have given the project team confidence that they will be able to gather all the necessary scientific information. The results of these analyses will be used to formulate an urgent rhino conservation plan.

“The rhino is not only a rare animal unique to this country, but protecting the rhino is a flagship for conservation efforts in Vietnam,” said Hien Tran Minh, Country Director for WWF Vietnam. “If we lose the rhino the future does not look good for Vietnam’s other rare and endemic species.”

The Javan rhino is a highly valued commodity in the illegal wildlife trade, with the rhino horn, skin and faeces used for medicinal purposes. Habitat encroachment from agricultural expansion and planned hydropower development also pose increasing threats to this small population.

To improve protection for rhinos and other wildlife threatened by poachers, WWF in collaboration with the Asian Rhino project is supporting local communities to join the Forest Protection Department and national parks staff.

‘Rhinomania’, a blog written by the WWF team, will keep the public up to date on the rhino survey as well as on life in the national park.