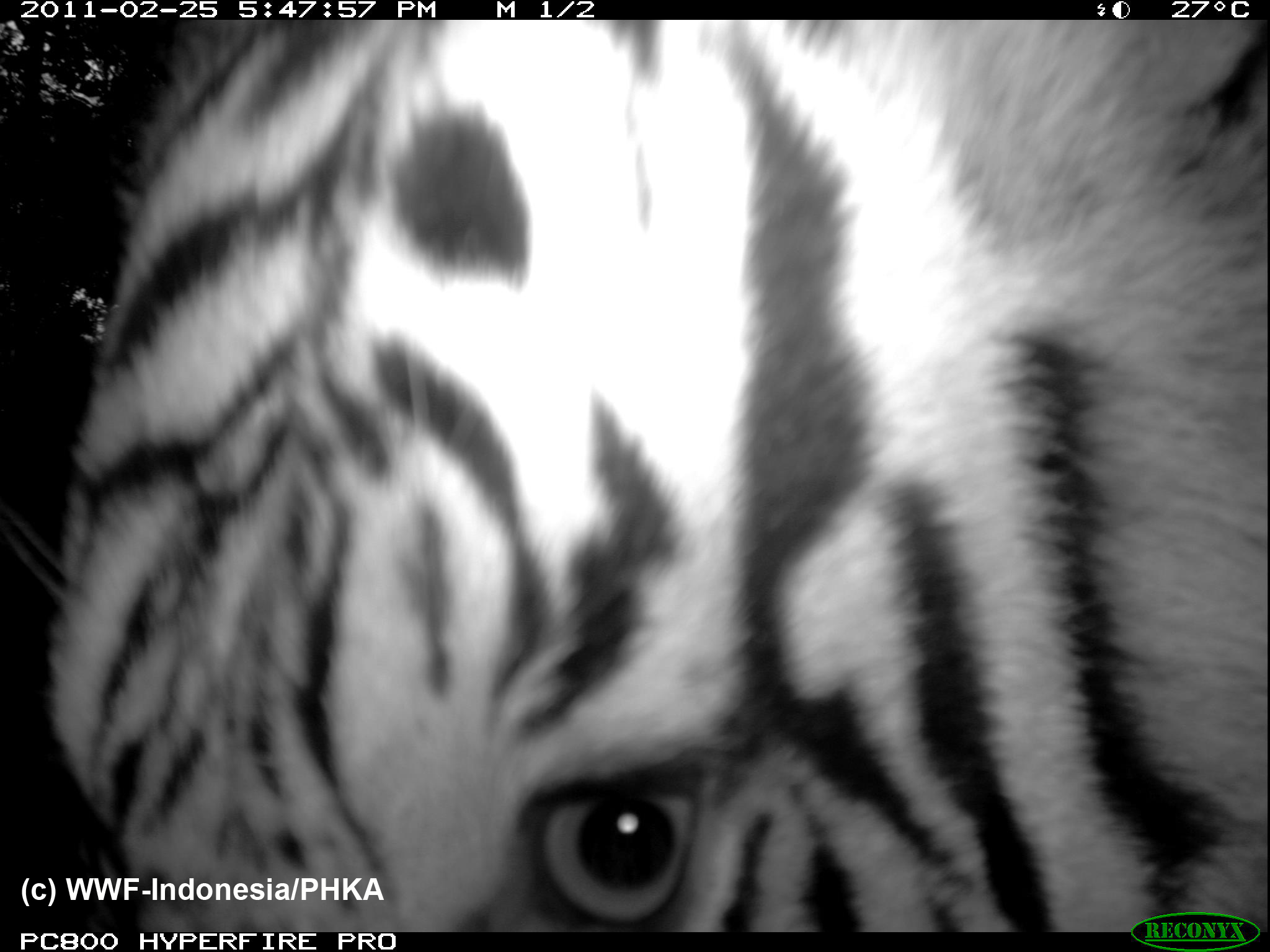 Pekanbaru, Indonesia – After an amazing five of the seven wild cat species found on the Indonesian island of Sumatra were recently caught on camera in a tract of forest rapidly being lost to deforestation, WWF-Indonesia is urging companies and authorities to take immediate steps to save the valuable area.

Conducted in a forest of rich biodiversity known as Bukit Tigapuluh or Thirty Hills, the WWF survey captured on camera the Sumatran tiger, clouded leopard, marble cat, golden cat, and leopard cat. All of the wild cats were found in an unprotected forest corridor between the Bukit Tigapuluh forest landscape and the Rimbang Baling Wildlife sanctuary in Riau Province.

The area is threatened by encroachment and forest clearance for industrial plantations.

“Four of these species are protected by Indonesian Government regulations and are listed as threatened by extinction on the IUCN Red List,” said Karmila Parakkasi, Coordinator of the WWF-Indonesia Tiger Research Team (@milaredkani).

“This underscores the rich biodiversity of the Bukit Tigapuluh landscape and the forest corridors that connect to it. These amazing cat photos also remind us of how much we could lose as more of these fragile forests are lost to logging, plantations and illegal encroachment.”

During a three month systematic sampling in the forest corridor this year, the camera trapping resulted in 404 photos of wild cats, including 226 of Sumatran tigers, 77 of clouded leopards, 70 of golden cats, 4 of marbled cats, and 27 of leopard cats.

In May 2011, WWF-Indonesia released video footage from a camera trap of three young tiger siblings playfully chasing a leaf. That footage was taken in the same area of the current batch of wild cat photos.

”Unfortunately much of the natural forest area in the landscape is threatened by large scale clearance for industrial logging, pulp and paper, as well as illegal encroachment for palm oil plantation development,” said Aditya Bayunanda WWF-Indonesia’s Coordinator for the Global Forest Trade Network Programme.

“The abundant evidence of these five wild cat species suggests that the concession licenses of companies operating in these areas, such as Barito Pacific, should be reviewed and adjusted according to Indonesian Ministry regulations, which state that concession areas with the presence of endangered species should be protected by the concessionaire.

WWF-Indonesia has also called on protection for areas bordering Bukit Tigapuluh National Park, either by expanding the park or managing it under the current forest ecosystem restoration scheme,” he continued.

At a November 2nd, 2011 WWF event in Jakarta, Indonesian Minister of Forestry Zulkifli Hasan publicly stated his support for issuing a license for a forest ecosystem restoration scheme in Bukit Tigapuluh.

Bukit Tigapuluh is designated a “global priority Tiger Conservation Landscape” and is one of six landscapes the government of Indonesia pledged to protect at last year’s International Tiger Forum, or Tiger Summit, of world leaders in St. Petersburg, Russia.

After intensive surveys this year of the Bukit Tigapuluh and Tesso Nilo landscapes in Sumatra, the forest corridor between Rimbang Baling and Bukit Tigapuluh was found to contain the most wild cats.