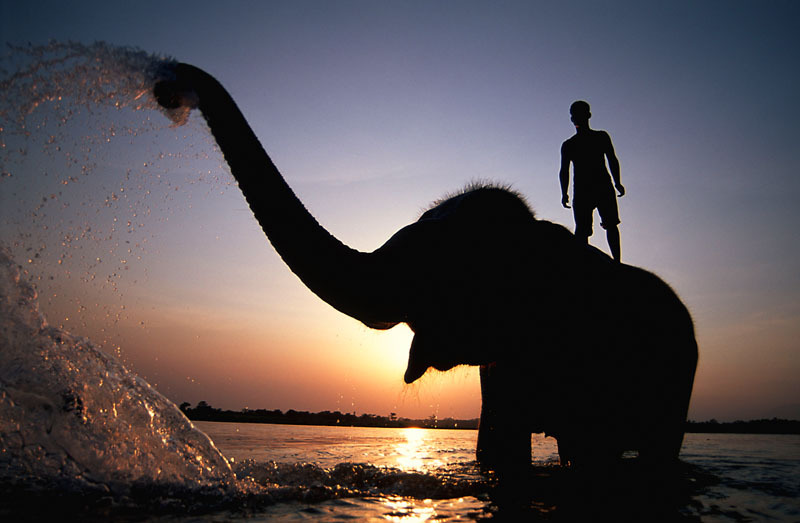 We’re helping empower people to preserve the natural wonders of their breathtaking homeland.

Have you heard of the Terai Arc? The name may be unfamiliar to many, but this landscape of mountains, forests and grasslands along the India-Nepal border is home to the most recognizable faces in the animal kingdom: the Bengal tiger, Indian rhino and Asian elephant.

On the pages of a glossy travel magazine, this swathe of northern India and southwest Nepal looks like paradise.

But look closer and you’ll see the threats faced by the wildlife and people who make it their home.

Nearly two-thirds of the 6.7 million people who live in the Terai Arc own less than a hectare of land, and depend on the forest for food, medicine and fuel.

With the population growing rapidly, more forest is being destroyed to make way for homes and economic development. But the poorest people suffer, as they lose the natural resources they’ve always relied on.

At the same time, animals are seeing their habitat wiped out, and are more likely to become targets for poachers. With habitats shrinking, there are increasing incidents of conflicts between humans and wildlife in this region.

In 1969, WWF founder Guy Mountfort proposed conservation measures to benefit wildlife and establish new protected areas in Nepal. And the Chitwan National Park was one of the protected areas to receive WWF support as part of Operation Tiger to help restore populations of Bengal tigers.

Since then, we’ve continued to support the development and expansion of protected areas.  But we’ve also helped local communities reduce the impact of their forest dependence and, where possible, shift to livelihoods that don’t depend on forest resources to help maintain the forest environment.

We’ve supported volunteers who plant thousands of trees and patrol against poaching. By providing alternative sources of energy – like solar cookers, fuel efficient stoves, biogas and small-scale hydropower generators – we’ve reduced dependency on firewood. Women say they feel safer now that they don’t have to venture into tiger habitat to collect firewood.

People see the benefits in many ways. Some are paid for conserving the forests, or make money through ecotourism and sustainable community forestry. The health centres, roads and schools we’ve helped create and renovate build support for these conservation projects.

Together with governments and communities, we’ve helped set up and strengthen management of 11 protected areas joined by special corridors so wildlife can more safely roam between them.

We’re also finding practical solutions to human-wildlife conflict. Mentha hedges are just one example – animals dislike the taste, so farmers can grow it around other crops to keep wildlife away. They can also make extra money by selling the mentha for menthol oil.

There are 1,850 Bengal tigers left in the wild

With partner communities, we’re exploring new ways everyone can benefit by keeping the Terai Arc’s precious forests flourishing. Our goal is to protect another 50,000 sq km.