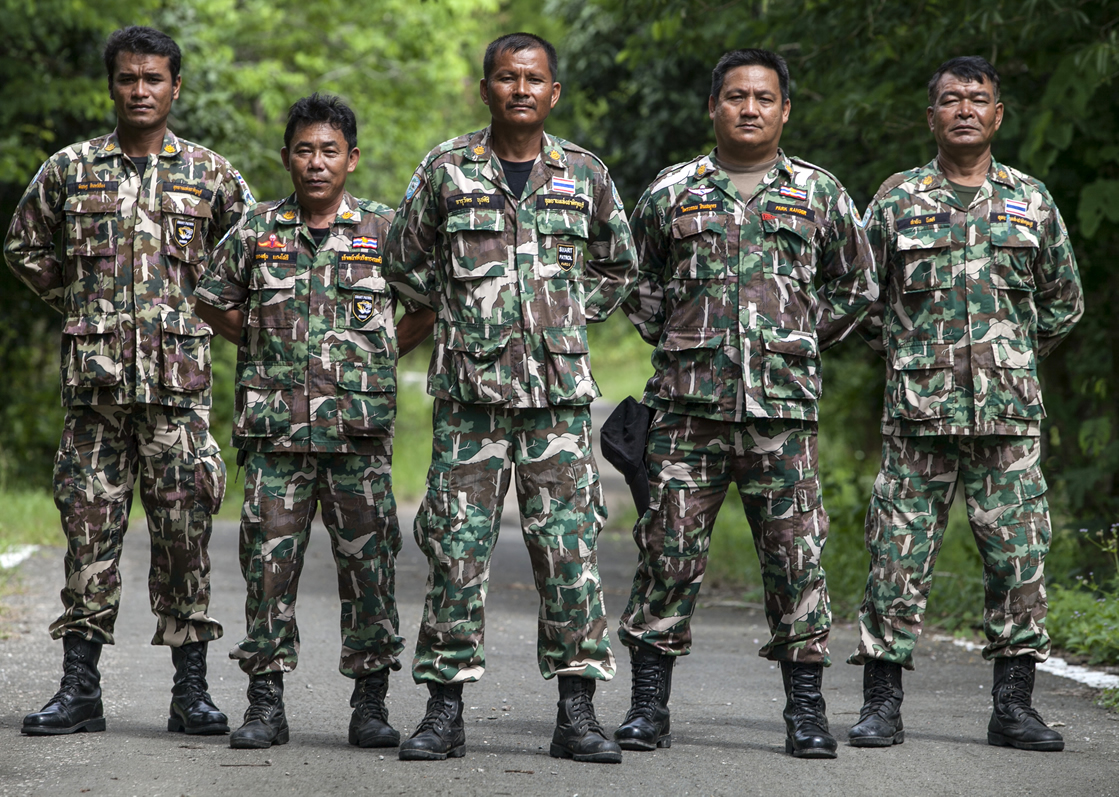 WWF marked World Ranger Day (July 31) by extending support and appreciation to rangers working tirelessly to stop wildlife crime and protect the world’s most threatened and iconic species and places, and called on governments to step up investment in these forces on the front-line of conservation.

WWF-Greater Mekong is helping to improve working conditions and capacity of rangers in Cambodia, Laos, Thailand and Vietnam; supporting them to safeguard endemic and threatened species, from saola in Vietnam and Laos to river dolphins in Cambodia and elephants and tigers in Thailand.

“Without dedicated and motivated rangers, often working in harsh conditions and away from their families, many of the Greater Mekong’s iconic and rare wildlife would already have been lost,” said Dr. Thomas Gray, WWF-Greater Mekong’s Species Programme Manager. “In the past 12 months, for example, forest guards in Vietnam’s central Annamite range removed more than 14,000 snares which would otherwise have trapped endemic species.”

Rangers, also called forest guards, park wardens or field enforcement officers, are the face of protected areas, reaching out to local communities to build partnerships, and they undertake research and monitor wildlife, building a scientific basis for park management. However, rangers are not always fully equipped, trained or appreciated and often put their lives on the line in the face of armed poachers.

In Thailand earlier this year, Mr. Taweesak Chomyong, a 33-year old ranger was killed by a gang of rosewood poachers in an ambush in Thailand’s Pang Sida National Park. In the same Park last month, Mr. Pitak Fonglom was shot in the arm in a clash with poachers and is now recovering in hospital.

“We pay tribute to the bravery and sacrifice of these rangers and share our deepest sympathy and condolences with their families,” said Mr. Petch Manopawitr, WWF-Thailand’s Conservation Programme Manager. “No ranger should lose his life or risk horrific injury protecting wildlife. Governments must invest in the well-being of rangers and ensure they are fully equipped to fight armed poachers. We also urge governments to establish compensation funds for the families of rangers killed or injured in the line of duty.”

As part of WWF-Thailand’s effort to mark World Ranger Day, the US Ambassador to Thailand, Ms. Kristie Kenney, travelled to Kuiburi National Park in southwest Thailand to experience life as a ranger for a day. “It was inspiring to see the rangers, the community, and international partners come together to help preserve and protect such an important part of Thailand’s natural ecosystem.”

Kuiburi National Park is patrolled by a team of 18 rangers covering close to 1,200 square km – roughly the same area as Hong Kong – and is home to about 230 wild elephants, along with other endangered species, including tigers, gaur, banteng, and Malayan tapir.

“Since 2010 no elephants have been lost due to illegal hunting and poaching in Kuiburi National Park, and populations of tiger prey species are recovering,” added Mr. Manopawitr. “This achievement is only made possible due to the extraordinary efforts of the rangers, and WWF thanks these conservation heroes.”

Over 120,000 people around the world have raised their voices advocating tiger range governments step up investment in those safeguarding wild tigers – the rangers. In support of rangers, WWF launched the Cards4tigers action on World Ranger Day last year. The response has been overwhelming. From school kids to celebrities, from ambassadors to ministers, many have shown support by sending postcards to rangers.

“We thank each and every one who showed their support for these unsung heroes via our Cards4tigers action,” said Mike Baltzer, leader of WWF’s Tigers Alive Initiative. “On this World Ranger Day, we salute these brave foot soldiers and call on tiger range governments to give them more help and resources to protect wild tigers from their main threat – poachers.”

Rangers in Mondulkiri Protected Forest in Cambodia’s Eastern Plains expressed their thanks for the postcards. Tiger experts believe the Eastern Plains landscape – the largest intact tropical dry forest in southeast Asia – has perhaps the highest potential in Asia for tiger re-introduction and to help populations recover. “I feel very proud that there are people all over the world who know what we are doing in Cambodia for the protection of tigers and the forest habitat,” said Lean Nhor. “The messages in the postcards have inspired me to continue in this work, despite difficulties. I feel encouraged to work even harder to protect this landscape.”

WWF provides on-the-ground training to rangers to improve management and law enforcement effectiveness. WWF has also supported the establishment of the Ranger Federation of Asia (RFA), aimed at creating a community for rangers, gaining recognition for their work, and connecting with other ranger organizations.

PHOTO SLIDE-SHOW: check out the US Ambassador to Thailand’s visit to Kuiburi National Park to meet rangers

Visit cards4tigers to read more about rangers and the impact of the Cards4tigers action.

Ranger Federation of Asia. Applications for membership will be opened starting mid-August.