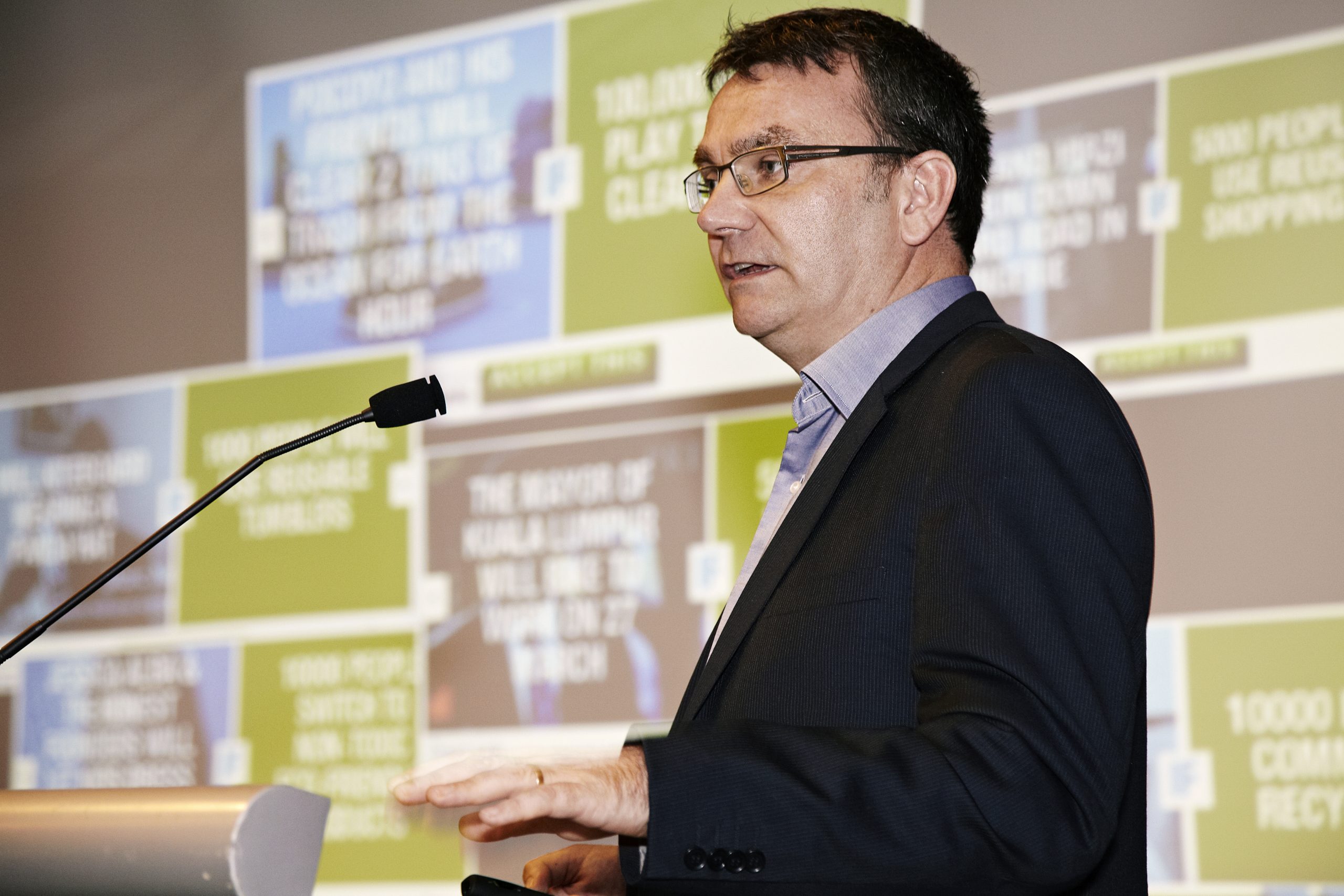 Singapore, 14 May 2013 –World Wide Fund for Nature (WWF) Singapore today lauded star eco-champions including schools, corporates and organisations for empowering and influencing eco-actions in the tiny state through the Earth Hour 2013 Awards and Appreciation Ceremony held at the Grand Copthorne Waterfront Hotel.

Initiatives that were recognised included a “I Will if You Will” Challenge Week to kickstart a year-long recycling programme, a photo collage competition for staff to capture the essence of Earth Hour, the formation of a resident-led Environmental Sustainability Interest Group, encouraging customers to recycle plastic bottles in return for green products, and a weekly vegetarian day in school to reduce carbon footprint.

Ms Elaine Tan, CEO, WWF-Singapore, said, “We are so pleased to take this opportunity to recognise partners, corporates and organisations that have put in remarkable efforts and commitment towards saving the environment through the Earth Hour platform. Indeed, many of the initiatives we saw are continuing beyond Earth Hour, in line with the spirit of this global campaign to inspire simple yet long-lasting changes that can positively impact the planet. Our hope is that these initiatives will inspire others to embark on similar long-term paths towards sustainable environmental protection.”

Winners were evaluated and selected based on criteria such as the impact of initiatives on their target audience’s behaviours, their sustainability and creativity. The Earth Hour Awards were introduced in 2011 and have remained a major feature of the annual campaign in Singapore. The deserving winners this year, under four award categories1 were:

For the first time, WWF-Singapore shared findings of the carbon footprint for the Earth Hour 2013 event. The survey, done in partnership with Olive Ventures,  focused on measuring the carbon emissions from transportation used by attendees and suppliers – this amounted to 14.71 tonnes in total. WWF-Singapore will be off-setting this via a WWF Gold Standard project in alternative energy. This project involves the installation of biogas units in households in Nepal,  reducing both deforestation as well as carbon emissions.

Going beyond the hour, the ceremony also saw Grand Copthorne Waterfront Hotel Singapore taking a positive stand for the environment and going shark fin free. The hotel’s general manager, Mr Winston Reinboth said, “About 73 million sharks are killed each year, and much of this is driven by the consumption of shark’s fin throughout East Asia. By removing shark’s fin from our menus, we hope to contribute towards preserving the delicate marine ecosystem and also inspire our clients and other food and beverage  establishments to do the same.”

“We are very glad to see that businesses are not only supporting the environment during Earth Hour, but beyond it as well. Grand Copthorne’s decision to go shark fin free will undoubtedly contribute towards reducing the impact made on overfished shark populations in our seas,” said Ms Tan.

Earth Hour 2013 saw WWF-Singapore motivating over 5,000 members of the public to celebrate the main
official event at The Float @ Marina Bay on Saturday, 23 March 2013, and close to 350 organisations and landmarks switching off their lights for an hour. Close to 2,000 participants took turns to boogie non-stop for two hours to power up the 90-minute outdoor environment-themed movie screening of Dr. Seuss’ The Lorax. In addition, the campaign’s endearing theme of “I Will If You Will” continued to spur schools, grassroots organisations and individuals to challenge one another to take on actions to save the planet.

1Annex A:  Award categories and initiatives of winners

Earth Hour is a global environmental initiative of WWF. Individuals, businesses, governments and communities are invited to turn out their lights for one hour on Saturday March 23, 2013 at 8:30 PM to show their support for environmentally sustainable action. In 2013, Earth Hour’s I Will If You Will concept invites individuals and organisations to challenge others to an ongoing environmental commitment beyond the hour. Earth Hour began in one city in 2007 and by 2012 took place in more than 7000 cities and towns in 152 countries across every continent, receiving reports as ‘the world’s largest campaign for the planet’.

WWF – the World Wide Fund for Nature, is one of the world’s largest and most respected independent conservation organisations, with almost five million supporters and a global network active in more than 100 countries. WWF’s mission is to stop the degradation of the planet’s natural environment and to build a future in which humans live in harmony with nature, by conserving the world’s biological diversity, ensuring that the use of renewable natural resources is sustainable, and promoting the reduction of pollution and wasteful consumption.