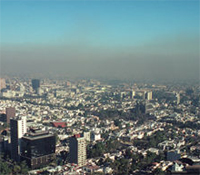 Japan long insisted it could meet its Kyoto goals through voluntary measures and buying credits for fighting global warming overseas. But it is well behind its goals.

Prime Minister Yasuo Fukuda established a working group earlier this month to look at possibilities to set up a cap-and-trade scheme for greenhouse gases. The group might give its conclusion before the G8 meeting in Japan early next July.

“If Japan were to establish an emissions trading scheme it would signal the world it is indeed serious about avoiding dangerous climate change and that this government is aiming for a successful G8 Summit”, said Hans Verolme, Director of WWF’s Global Climate Programme.

WWF argued in its report that Japan should introduce mandatory emissions trading for CO2 emissions for the energy conversion, industry and industry process sectors.

“While in the absence of international trading the costs in 2010 may outweigh the immediate benefits of an ETS somewhat, by 2015 the economic merits from nurturing green industries already amount to US$ 137 billion”, WWF said.

It could even reduce unemployment to 4% by 2025 as compared to 6,3% under a business as usual scenario without emission trading.

Such a scheme would cover 64% of the country’s emissions. WWF said the scheme should be up and running in 2010, and that it initially should aim to set Japan on track to comply with its Kyoto target.

Under Kyoto, Japan has pledged to cut its greenhouse gas emissions to 6% below 1990 levels in the 2008-2012 period. However, annual emissions currently stand at 6% above the 1,272 million tonnes of CO2 equivalent that were emitted in 1990.

Japanese companies are among the most active buyers of UN-regulated carbon credits under the clean development mechanism (CDM) and joint implementation (JI) of the Kyoto Protocol.

However, opposition among the country’s industrials against mandatory CO2 targets has been fierce. The country currently only has a small-scale voluntary carbon trading scheme in operation.

The recent initiative by the Prime Minister has created some expectations that the situation could change, and earlier this week, Environment Minister Ichiro Kamoshita met with officials of the Japan Association of Corporate Executives to seek consensus on how a domestic scheme might look.

The European Union currently operates the world’s largest mandatory cap-and-trade scheme, covering some 12,000 facilities across Europe, with links to a similar scheme in Norway.

State-level emissions trading schemes are emerging on both US coasts, while several bills are circulating in the federal legislature for various proposals for a federal US scheme.