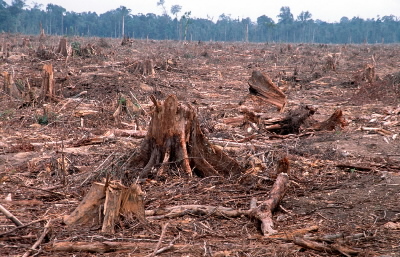 Jakarta, Indonesia – The devastating impact of global warming is already evident in Indonesia and will likely worsen due to further human-induced climate change, warns WWF.

The review from the global conservation organization, Climate Change in Indonesia – Implications for Humans and Nature, highlights that annual rainfall in the world’s fourth most populous nation is already down by 2 to 3 per cent, and the seasons are changing.

The combination of high population density and high levels of biodiversity, together with a staggering 80,000 kilometres of coastline and 17,500 islands, makes Indonesia one of the most vulnerable countries to the impacts of climate change.

“This will undo Indonesia’s progress against poverty and food insecurity.”

WWF’s review shows that increased rainfall during already wet times of the year may lead to high flood risk, such as the Jakarta flood of February this year that killed more than 65 people and displaced nearly half a million people, with economic losses of US$450 million.

Climate change impacts are noticeable throughout the Asia-Pacific region. More frequent and severe heat waves, floods, extreme weather events and prolonged droughts will continue to lead to increased injury, illness and death. Continued warming temperatures will also increase the number of malaria and dengue fever cases and lead to an increase in other infectious diseases as a result of poor nutrition due to food production disruption.

“The Indonesian government must take its role seriously and lead the way in the fight against global climate change,” says Mubariq Ahmed, Executive Director and CEO of WWF-Indonesia.

“Indonesia has to take up the challenge of climate change, putting climate adaption into the development agenda, promoting sustainable land use, as well as demanding support from industrialized nations.”

Indonesia is already a significant emitter of greenhouse gases due to deforestation and land-use change, estimated at 2 million hectares per year and accounts for 85 per cent of the country’s annual greenhouse gas emissions. It is also a serious coal producer and user in the region.

“The government of Indonesia knows how important action against climate change is for their own country and people, and it has put a lot of work into steering the Bali negotiations,” says Hans Verolme, Director of WWF’s Global Climate Change Programme.

“The UN’s Climate Summit on the island paradise of Bali is no walk on the beach. Ministers from 190 countries must get down to some serious work and agree to drastic cuts in CO2 emissions post-2012.”