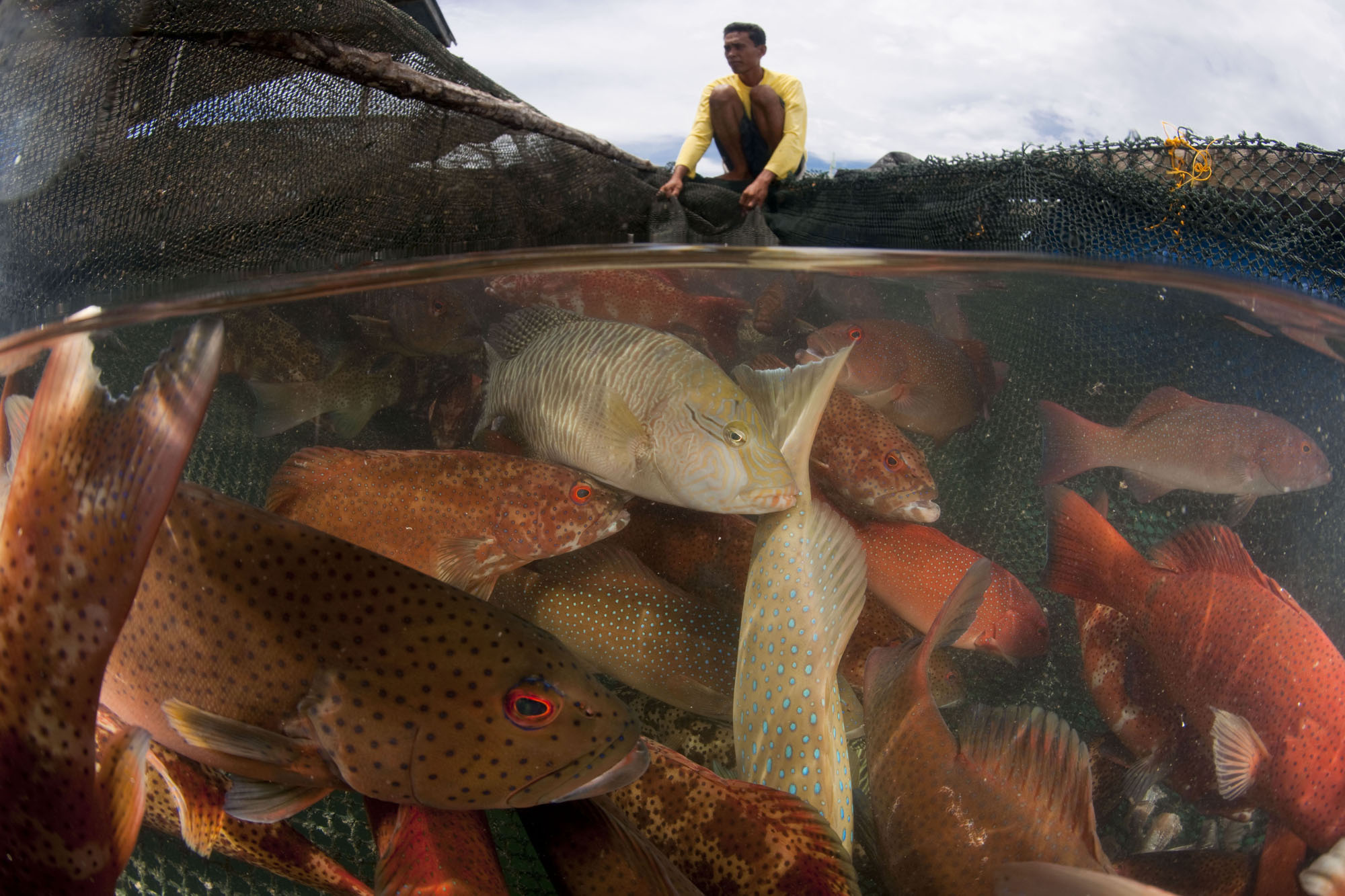 Bali, Indonesia – Seafood industry players from government agencies, NGOs, research institutions, academia, and the private sector gather today to discuss innovative ways to sustainably manage the trade in live reef fish, one of the most lucrative industries in the Coral Triangle.

Sadly, it is also one of the biggest threats to coastal and marine environments.

“Overfishing and destructive fishing practices such as the use of cyanide and explosives are being driven by an increasing demand for seafood across Asia-Pacific and exacerbated by the lack of effective systems to sustainably manage this burgeoning industry,” says Dr Geoffrey Muldoon, Live Reef Fish Food Trade Strategy Leader of the WWF Coral Triangle Programme.

Biodiversity and livelihoods at stake

“Reef fish are a highly valuable resource in the Coral Triangle with their trade generating hundreds of millions of dollars annually and sustaining thousands of fishers, seafood businesses and coastal communities in the region. If left unchecked, the sustainability of the whole industry hangs in the balance, but more importantly marine biodiversity at large, and ultimately the future of local communities that directly depend on the bounty of the oceans will be threatened,” adds Dr Muldoon.

Up to 70% of reef fish in some places in the region are being taken from the ocean before they even have the opportunity to mature and reproduce, and this will have devastating effects on the delicate ocean food chain in the long term.

The trade in live reef fish food mainly involves the capture of reef fish from supply countries such as Indonesia, the Philippines and Malaysia and their live sale for consumption in heavy seafood demand markets such as Hong Kong and mainland China and smaller yet significant markets in Singapore and Malaysia.

A need for innovative programmes

“Despite ongoing site-based efforts to reduce the impacts of this trade, there lies a critical and urgent need for innovative programs that link markets to sustainability, uphold and reward responsible fishing practices, and systematically unite key actors across in the entire seafood supply chain towards a shared goal of sustaining the resources on which their businesses, and more importantly livelihoods, depend,” says Dr Muldoon.

Interestingly, the other end of the supply chain may be ready to embrace more responsible consumption behaviour. A recent survey done in Singapore shows that as much as 80% of consumers would either stop or reduce eating seafood if they were aware it was being unsustainably harvested.

This should provide the impetus for the live reef fish food industry to get more in step with an evolving consumer market landscape.

Towards this end, the workshop, co-organized by WWF and the Ministry of Marine Affairs and Fisheries of Indonesia (MMAF) and supported by the Asia Pacific Economic Cooperation (APEC), is focusing on what are the market-based opportunities that can be implemented at a regional scale to help improve the live reef fish food industry.

“The Ministry of Marine Affairs and Fisheries of Indonesia is proud to be hosting this crucial event. Through this workshop, we hope to come up with measurable standards of best practices that can be implemented across the region. Our hope is that this forum will pave the way for stronger regional cooperation and capacity building among stakeholders to help improve this valuable trade,” says Mr Saut Hutagalung, Project Overseer; Director Foreign Market Development, Directorate General of Fisheries Product Processing and Marketing of the MMAF.

Containing 37% of the world’s coral reef fish species, the Coral Triangle is the nursery of the seas-a direct source of food and livelihood for millions of people that heavily rely on the ocean’s bounty.

WWF’s Coral Triangle Programme is focused on securing the health of the region’s natural resources by engaging with governments, business and industry, local communities, and consumers to help build a sustainable live reef food fish trade for present and future generations.