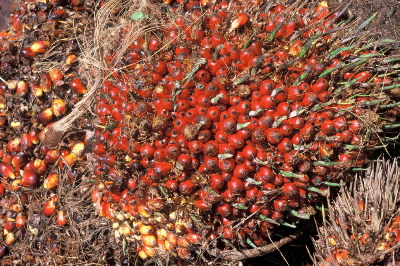 More sustainably produced palm oil is being purchased than ever before, according to the latest figures from the Roundtable on Sustainable Palm Oil.

This is an encouraging turnaround that could point to a greater uptake of certified sustainable palm oil, WWF says. In the past, only a small percent of palm oil certified by the RSPO has been purchased, though the sales have been steadily increasing for the last several months.

The RSPO said Friday that in March 2010, a record 136,000 tonnes (or corresponding certificates) were purchased from palm oil producers, exceeding the 126,000 tonnes that were produced that same month.

“WWF sees this as an encouraging milestone on the journey to a marketplace where sustainable palm oil becomes the norm,” said Cherie Tan, WWF’s Leader for Palm Oil.

Sales can exceed production in a particular month if buyers purchased volumes of oil or certificates that reflected earlier production, the RSPO said in statement. For example, March 2010 marked the last opportunity for growers to sell certificates covering oil produced in 2009. More certified oil is projected to enter the market in the months ahead.

WWF released the Palm Oil Buyers’ Scorecard in October 2009 showing that the majority of European palm oil buyers were failing to buy certified sustainable palm oil, despite its availability and the previous commitments by many companies to purchase it.

The growing demand for palm oil is adding to the already severe pressure on remaining rainforest areas of the world.

The loss of forest in Indonesia is threatening the survival of species such as the orang-utan, the Sumatran tiger, rhino and elephant. Forest loss and the draining of peatlands for palm oil plantations is also contributing to climate change and displacing local people who rely on the forest for food and shelter.

Palm oil is one of the world’s fastest expanding crop in Southeast Asia and is also rapidly expanding in West Africa, Papua New Guinea and South America.

It is because of threats like this that WWF worked with other NGOs and the palm oil industry to set up the Roundtable on Sustainable Palm Oil (RSPO) in 2003. Certified Sustainable Palm Oil has been available since November 2008 and provides assurance that valuable tropical forests have not been cleared and that environmental and social safeguards have been met during the production of the palm oil.

For more information about the new figures